The art of Discovery 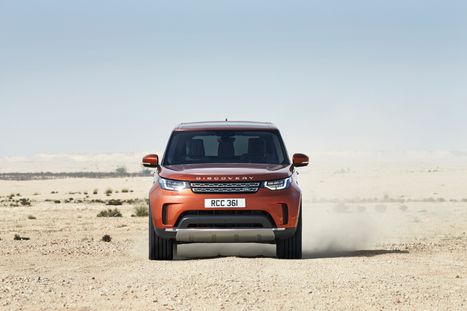 Still as popular as ever after more than 30 years in production, Virtuozity tries out the latest version of the venerable Land Rover Discovery.

Cast your minds back to the late eighties. Land Rover had the Defender (or Ninety and One Ten as the two versions were known at the time) and the Range Rover. Two cars that couldn’t be more different if they’d tried. What the company badly needed was something in-between. And so in 1989 they launched the Discovery.

A stylish exterior, with a futuristic interior designed by Terrance Conran’s design house, all came together to prove an instant hit with the public. It also helped that the car was excellent off-road, helping to continue the company’s reputation for ‘go anywhere’ vehicles.

Five generations (and 30-odd years) later, the car that won a British Design Award in its first year, is still going strong. In truth it could be argued that there’s only really been three versions of the Discovery, as the Discovery 2 looked almost the same on the original model (despite sharing almost no exterior panels), and the Discovery 4 was a facelift of the popular Discovery 3, but that’s splitting hairs. The car has clearly been a huge success story for Land Rover, and the latest version appears to be heading down that same path.

The new car is clearly a different beast to all that have gone before it, but it still has many of the design cues of the previous generations, including the stepped roof and the controversial off-set rear door. Although it divides opinion, it’s a design that works the longer you look at it.

From the front it looks very similar to the Range Rover Sport, albeit with large ‘Discovery’ wording on the bonnet. All the way back to the B pillar, it could be the same car. The front is imposing and has some serious road presence. Wander further back and you start to see those hints at the previous generation cars, namely the stepped roof, the rear side windows and the squared-off tail.

Step around the back and it’s very ‘Discovery’, with a huge rear door (unfortunately now not a split unit) and the offset number plate. Open the boot and you’ll see an optional small panel that drops down automatically, compensating for the lack of a rear bench seat from the loss of the lower tailgate. Clever stuff.

Inside there’s not a hint of Terrence, with design form giving way to luxurious function. Huge leather captain’s chair front seats and a wide, sculptured full rear bench behind. In the rear is a third row of proper, usable seats. These can also be optioned as electric, providing a cool party trick for days out with the extended family. Even with the third row in place, there’s still a small usable boot.

As far as technology is concerned, it’s very much a continuation of the excellent systems in place across the rest of the higher end Land Rover and Range Rover models. Excellent touch screen infotainment systems abound, along with the clever switchable terrain response system, hill descent and much more.

For the Middle East, there’s a Supercharged 3.0 V6 petrol engine under the hood, which is more than capable of hauling the Discovery’s considerable frame along the road. There’s also the option of a twin-turbo 2.0 four-cylinder unit, which clearly isn’t as quick off the mark and struggles more with mid-range acceleration, simply due to its smaller size. Both are coupled to a silky smooth eight-speed auto gearbox.

The suspension is firm enough for some ‘enthusiastic cornering, but also supple enough not to crack your bones over rough surfaces. Also gone is the body roll the early models suffered from. It feels stable and nimble, with excellent brakes.

If an owner was to be really picky, the gearbox can sometimes leave you stranded when pulling out into traffic, as it decides what to do, but this is a common fault with all modern cars it seems, and the heavy doors have an annoying habit of coming back and hitting you as you try to get out, but that’s really scrapping around for problems and issues.

What’s perhaps the most interesting part of the Discovery story is how close it is now to the Range Rover Sport. Yes, give both cars a twisty back road and the Sport will show it a clean pair of heels, but anywhere else, the Discovery gives little away to its more grown up sister, but is also more versatile, especially for anyone with a family. Roomy yet nimble, it offers something to every category of discerning driver.

Some people will want the Range Rover badge on the front of their car purely from a brand point of view, but really the Discovery covers all bases, being a rugged people mover, luxury SUV and off-road capable adventure vehicle. Which was pretty much the design brief all the way back in 1989. 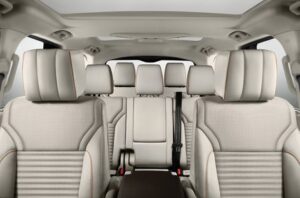 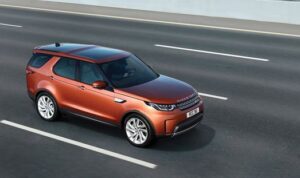 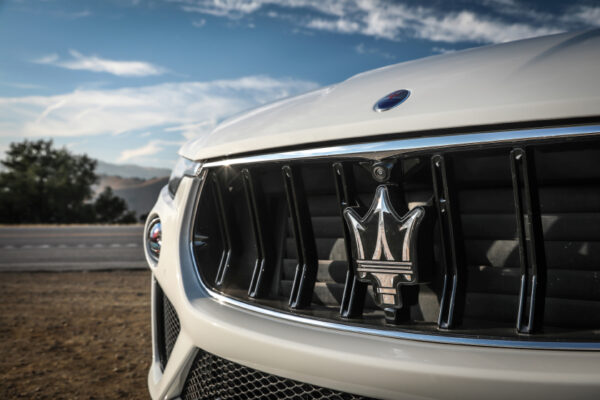 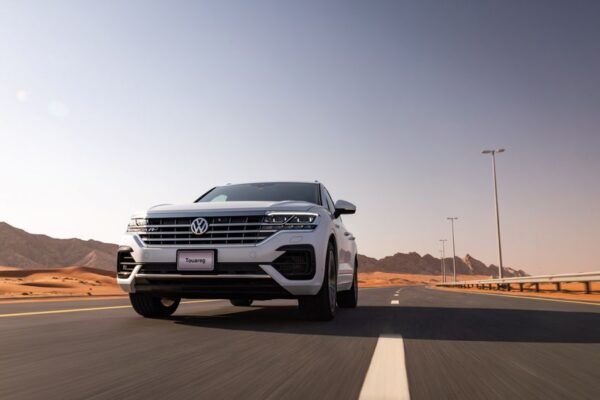