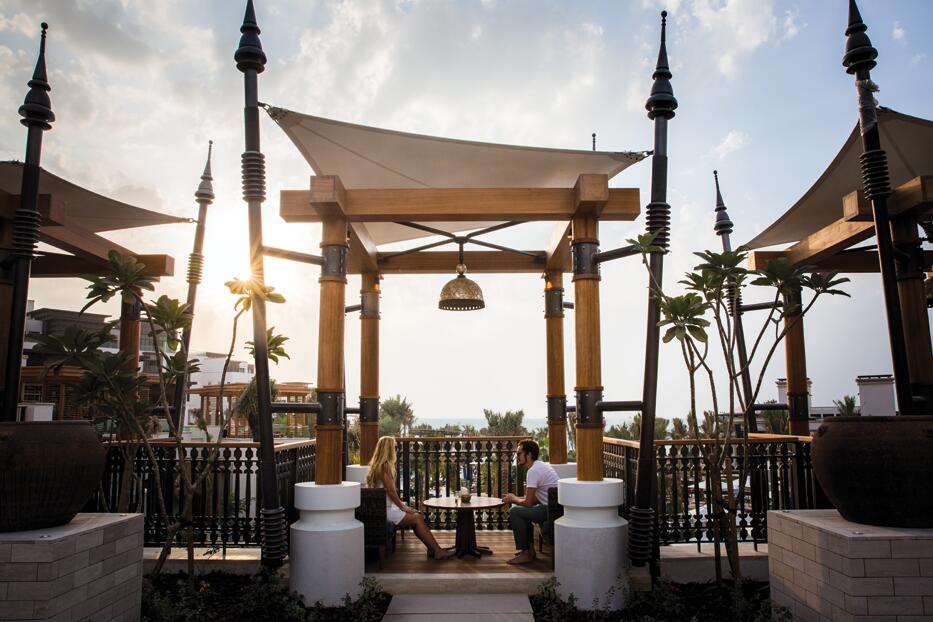 Virtuosity checks into the stunningly located Jumeirah Al Naseem to check everything is up to the brand’s normal high standards.

Quite how there was enough space to build another hotel on around the sprawling Madinat Jumeirah Resort complex is a total mystery. Clearly there was, and what a use of space by the UAE’s home-grown hotel brand.

Nestled between the Mina Al Salam hotel, the Madinat, Wild Wadi water park and Dubai’s Burj Al Arab, the new Jumeirah Al Naseem, somehow manages to have its very own identity, despite having so many eclectic neighbours.

The entrance is shared with the Mina Al Salam, with guests peeling off and up a steep slope to the spacious valet drop off. Already it feels like you’ve left the rest of the complex far behind with the hotel very much surrounding you and blocking out any unwanted distractions.

Stepping into the sumptuous lobby, the cool, white interior very much reminds you of the Fairmont’s crisp, clean feel, but this clearly has Jumeirah Group’s luxury stamp on it. The whole design is luxurious, without overdoing it. Subtlety Is the key here.

According to Jumeirah Group, the interior was inspired by ‘sand dunes, sea breeze and Dubai’s heritage of pearl diving and Bedouin traditions’, but there’s certainly a touch of African lodge in that mix as well, with earthy palates and plenty of natural light.

Across the hotel the many levels of outdoor space give the impression of constantly changing gradients, despite the totally flat landscape of the UAE’s coastline. Of course, one of the main advantages of the hotel’s location is the imposing presence of the Burj Al Arab. It dominates the skyline, wherever you are in the hotel, providing a stunning juxtaposition to the bright blue sea of the Arabian Gulf.

When it comes to rooms, there are myriad choices for guests to choose from. Three or four types? Try again. Five? Nope. The hotel boasts nine different room styles and that’s before you include the Presidential and Royal Suites.

Each of the rooms feature king-sized beds, open-plan bathrooms and a balcony either overlooking the hotel gardens or fabulous beach. But for the high-rollers, there’s the 300 square metre Presidential Suite or the 500 square metre Royal Suite.

The beach area is perfectly kept, plus there’s a stream of buggies available to whisk you off to any of the other connected Jumeirah resorts, so guests get the best of all the outlets.

If you’re feeling energetic there’s also one of the largest gyms you are likely to find in a hotel any time soon. In fact, it’s a fitness club in itself, with an indoor sprint area, weight room, and more cardio equipment than you’ll see at a fitness convention.

For culinary delights, the hotel doesn’t disappoint. There’s the Al Mandhar lobby lounge, serving Moroccan fare with Parisian influences. For something more formal, you can choose between Rockfish, a fusion of Mediterranean with Arabic flavours, the Polynesian Sugarmash, or the varied menu of The Palmery, which also serves as the hotel’s main breakfast area.

If you fancy eating with the sound of waves lapping against the shore, then uber-cool Summersalt is the place for you. Saving the best for last, Ambar is probably the best located bar in the whole of Dubai. Serving modern Arabian mezze dishes, this rooftop bar overlooks the hotel’s gardens, the Burj Al Arab and the Arabian Gulf beyond. Jumeirah Al Naseem could so easily be overshadowed by its exalted company, but yet it shines through as a real gem.jumeirah.com

From the outside it may seem a little shoehorned in, but once inside you could be at a luxury resort anywhere in the world. It seems Jumeirah has gone and worked it’s magic once again, but this time right at its own spiritual heart. 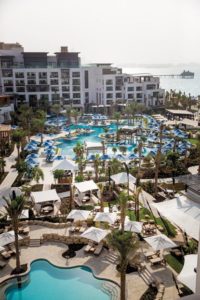 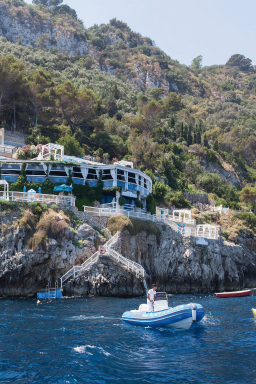 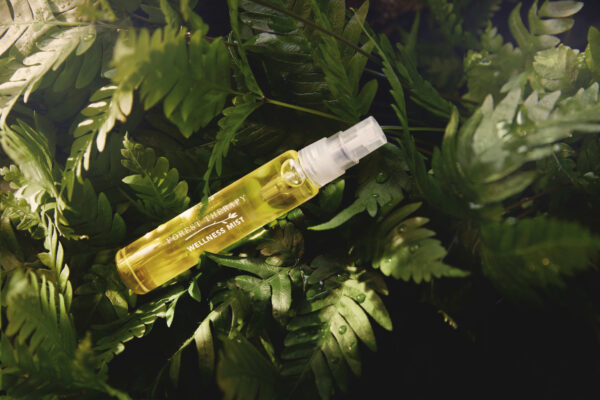