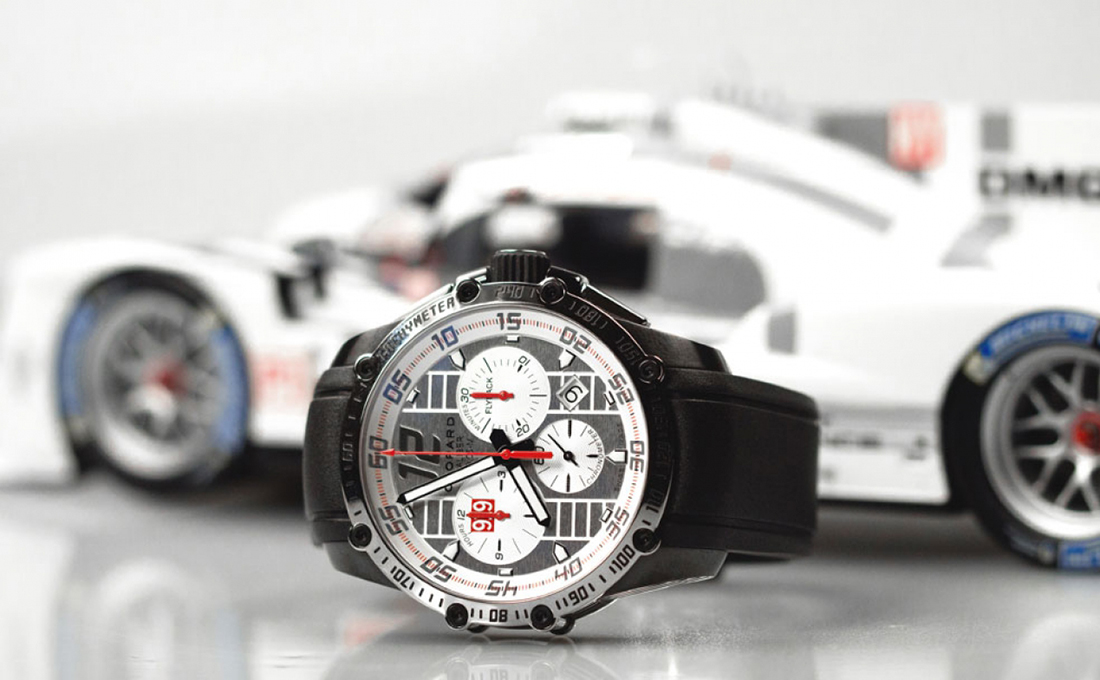 Chopard recently launched a Superfast model in a limited series dedicated to the victory of the Porsche Motorsport team in the 2015 World Endurance Championship.

The win saw the German racing team, for which Chopard has been serving as Official Timing Partner since 2014, secure its 17th title. This trophy was won at the wheel of an exceptional car—the Porsche 919 Hybrid— which the new model, the Superfast Porsche Motorsport 919—limited victory edition, draws inspiration from.

Its tachymeter-equipped bezel is crafted in 18-carat rose gold and secured by eight blackened screws. Its lines house a high precision mechanism with finishes reminiscent of racing car engines.

The screw-lock crown is adorned with a black rubber-moulded steering wheel, while the striped sides of the case recall the cooling vents on racing engines and are matched by the linear dial motifs and the open worked movement bridges.

The silver-toned dial is inspired by the famous metallic grey of the German manufacturer, whilst its stripes evoke the rear diffuser of the Porsche 919 Hybrid.

The 919 logo appears in a red rectangle of the hours counter. The timepiece houses an engine developed, produced and assembled in the Chopard workshops—the Chopard Calibre 03.05-M. This mechanical self-winding chronograph is equipped with a flyback function.

A Blend Of Classic S

New Royal Oak from A